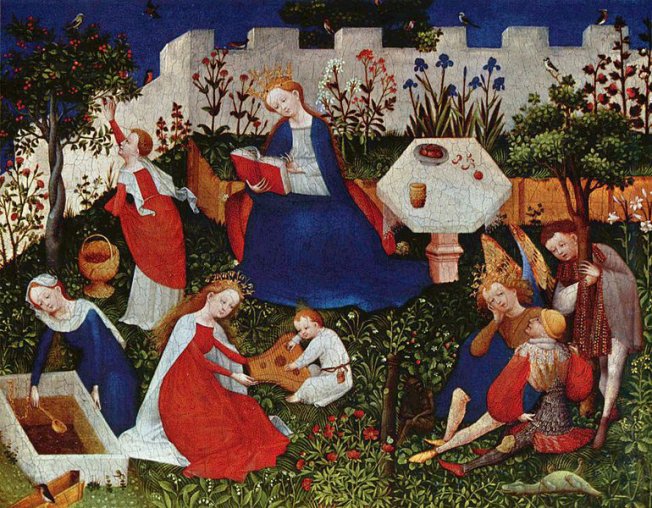 BREAKFAST ON THE LAWN

During the 2014 edition of the Montreal Medieval Festival, we presented 3 concerts:

This program assembles a few troubadours, trouvères, and minnesänger around a Picnic. We savour songs about dawn, spring, nature, as well as excerpts from the famous Carmina Burana. The bird songs announce the end of winter, lovers do what lovers do, and the wine flows...

When the nightingale sings night and day with his companion, I am with my beautiful lover underneath the flower, until the nightwatch cries, "Lovers awake! I see the sun rising and the day is clear."

THE PANTHER AND THE STORK

Come and meet the panther, the doe, and the turtledove"; but especially the stork (cigogne), Johannes Ciconia, who flew far away from his native town of Liège and travelled through time for the benefit of us all. 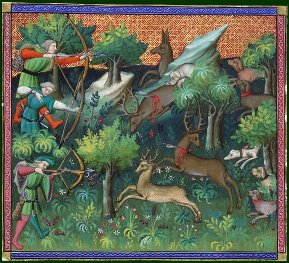 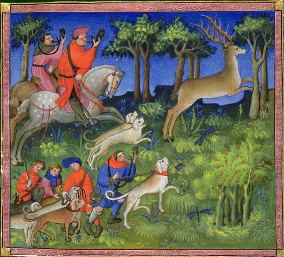 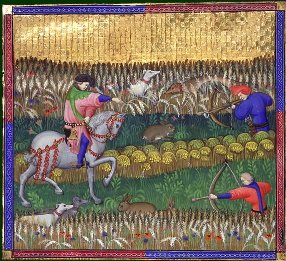 BEAST OF PREY, BEASTS OF LOVE

As with most facets of medieval life, and as evidenced in Gaston’s Livre de chasse, the hunt was also imbued with spirituality and thus lent itself well to metaphor. The rules of courtly love poetry were already well established by Gaston’s day, and this included the frequent use of pastoral images. As the hunt gained in popularity as a noble pursuit, so too did its use as metaphor for that other noble pursuit, namely courtly love. Further, medieval poetry often borrowed from Greek mythology, and the ancient poets had also used the hunt to represent the chase and the dangers of love. By the 14th century, poetic depictions of the hunt could weave, against a backdrop of chivalric morality, Greek heroes and heroines into a cast of shouting, horn-blowing hunters and their animals, both domestic and prey -- all of which, ultimately, in typical medieval fashion,were assembled to explore the theme of romantic desire.

Les Reverdies de Montréal celebrated start of its 5th season with its very first Medieval Music Day, celebrating medieval music and the autumnal equinox. This celebration reunited music lovers and musicians, offering a place to get together, share, participate, listen and learn. The afternoon started off with a workshop on Carmina Burana, followed by a concert by Les Reverdies, and a medieval supper.

All details of the event can be found on the following PDF document.